The family of late Australian wildlife expert and zoo owner Steve Irwin came through Drumheller to get their fill of dinosaurs and the landscapes of the Badlands. A stay at Drumheller's Heartwood Inn & Spa complete with Zeke's famous waffles rounded out their visit to the Royal Tyrrell Museum and the Rosebud Theatre. 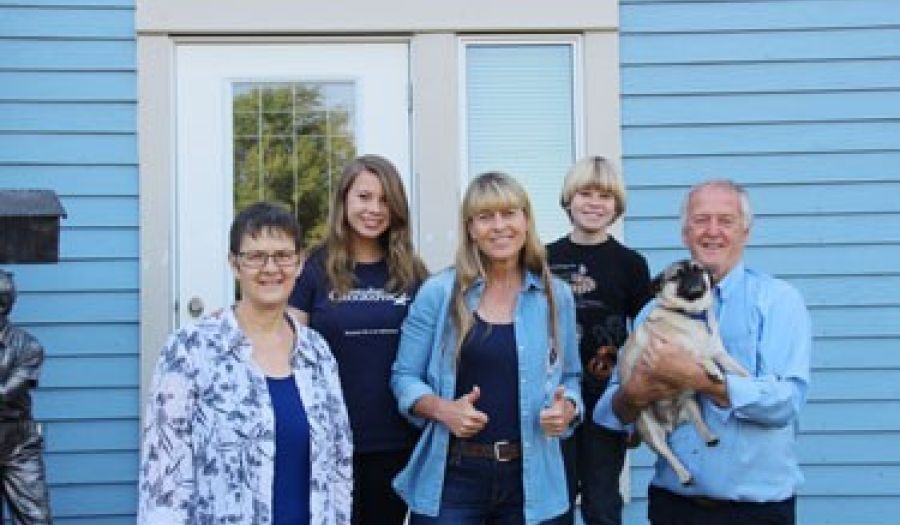 The valley had some high profile visitors last weekend when the family of late Australian wildlife expert and zoo owner Steve Irwin came through Drumheller to get their fill of dinosaurs.

Steve Irwin was a television celebrity with his show The Crocodile Hunter, and he and his family founded and built what is now known as the Australia Zoo. He was tragically killed in 2006, doing what he loved, working with wild animals. The family has continued to build the legacy he created. This week, his wife Terri, daughter Bindi and son Robert were through the valley. The impetus for coming came from 10-year-old Robert. “I am absolutely obsessed with dinosaurs, I have been since I was two-years-old,” he tells The Mail. “I heard about Drumheller and the Royal Tyrrell Museum, and I just had to come. It is so cool, the whole town is all about dinosaurs.” He explains that even as a 10-year-old, he knows many paleontologists who are aware and even come and work in the Badlands. He worked on his mother lobbying to come. “I had my first experience with dinosaurs when I was about two-years-old in Paris. I spent the whole afternoon looking at fossils. From that day, I knew dinosaurs were one of my incredible passions.” Adventure runs through the veins of the family and aside from visiting the museum and a behind the scene look with Dr. Henderson, they spent a good deal of time trekking, including a six-hour jaunt through Horsethief Canyon in the blazing Drumheller sun. “We survived …just,” jokes matriarch Terri. “It was so much fun, we saw Richardson ground squirrels, some vultures and a hare, we just had the best time.”

The cultural aspects of the area were not lost on the family either. They stayed at Patrice and Zeke Wolf's Heartwood Inn and partook in Zeke's famous waffles. They also enjoyed a stop at Sublime Food and Wine, and a trip out to Rosebud to see its summer production of Chickens. “Because we travel so much we are blessed to go through New York frequently, and we said this (Chickens) was every bit as much fun, or more than anything we have ever seen on Broadway. It was so professional, so well done… we were slightly disappointed there were no live chickens,” Terri chuckles. Bindi, who has become a celebrity in her own right, is turning 16 this July. She raves about the valley. “I love that you have canola oil plantations all over, so you have these beautiful yellow flowers outside, then you drive into Drumheller and you have the Badlands. The contrast is so amazing we feel lucky to have seen everything,” said Bindi.

The Heartwood Inn and Spa is centrally located in downtown Drumheller. Innkeepers Zeke and Patrice Wolf are always eager to help you get out and enjoy all of Drumheller, including Zeke's famous waffles and stuffed French Toast. 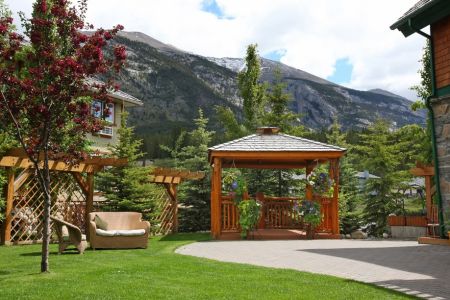 Simple and sophisticated weddings in Canmore 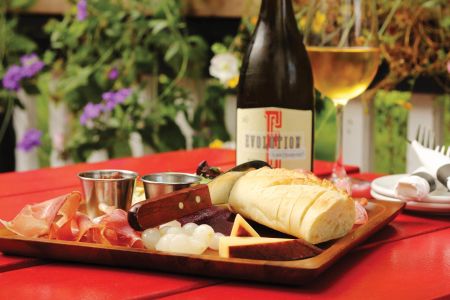