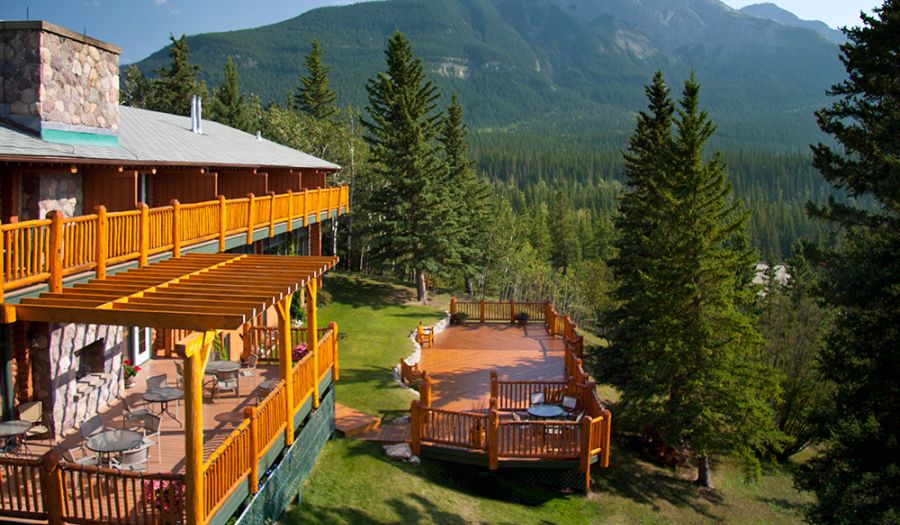 HINTON, AB - Before railroaders, surveyors and settlers staked their claim in the Athabasca Valley, a group of hardy travellers called the Overlanders blazed trails through the Rockies to the gold fields of British Columbia.

The Yellowhead Corridor between Hinton and Jasper would have been an inhospitable environment: when there weren’t rivers to cross or mountains to climb, there was muskeg, bugs and bitter weather to contend with.

Luckily, for today’s adventurers, there is an easier road travelled. Although Patrick Braspenning, general manager of the Overlander Mountain Lodge outside of Hinton, still wants his guests to veer “off the broken path.”

“We love to connect our guests to the Miette Hot Springs, but also to places they might not otherwise see,” he said. By using specialty operators in Jasper, Braspenning is able to offer a product that isn’t in the guidebooks.

In an era where the journey to Jasper from Roche Perdrix, the first prominent peak before the Jasper National Park boundary, can be made in 45 minutes rather than three days, The Overlander Mountain Lodge is a terrific destination for those who want to experience the best of the Rockies’ eastern slopes and the park’s bounty of natural amenities.

On the first day in June, when daylight at the 53rd parallel north lasts nearly 17 hours, my girlfriend and I slipped away from the crowds to investigate the namesake of the first tourists of this special land. With offerings of yoga retreats, nearby mountain bike trails and an award-winning dining room, Overlander Mountain Lodge was beckoning us to climb the hill that we had so often drove by on our way to and from Jasper. Plus we were starving.

Wining and dining with a view

Braspenning’s business card features a full-colour panorama photograph of Roche Miette, the broad Athabasca River Valley spanning beyond. “This is our view,” the card boasts. Upon being seated next to the window in the Stone Peak Restaurant, we could see where marketing might have got the idea. The clouds were dark and dramatic, contrasting the snow-capped peaks in a way that would have been distracting, had the two-inch thick wine list not been set down on our table by our gracious server, Trevor.

Poring over dinner choices and swirling two fruity B.C. whites, we giggled at our good fortune and toasted the founders of the Overlander Lodge. For if Alex Kennedy Miller and W.A. Walker had not blazed a trail and took a chance on a fledgling Alberta tourism industry 1962, we wouldn’t have been savouring seared diver scallops with a wild mushroom white wine cream sauce, let alone the crab cakes that a friend from Hinton tells me he dreams about.

When we weren’t licking our lips in anticipation for the next course, we were looking forward to the next day’s activities, which in our case included a trip to the nearby Hinton Bike Park and surrounding trail systems. Hinton’s Bike Park is only five years old and has been created entirely by volunteer hours, yet it is a two-wheeler’s mecca to which bikers of all stripes flock.

As I was packing my ultra cross-country ride with which I like to traverse Jasper’s loping trail network and my girlfriend had never been to a skills park, we discussed the following day’s plan, namely: stay off the stunts. For now, our palates would be the only things experiencing teeter-totters as the California Zin went up and down from fruit to pepper and back again. We ordered lamb rack and seafood risotto to compliment the vino and were impressed by the succulent flavours, if not a bit overwhelmed by the size of the portions.

The sun was still peeking above the horizon as the other diners made their exit and soon we had the view all to ourselves. While waiting for dessert we contemplated how many other parties of two would have enjoyed a similarly private view of Roche Miette. If it were the hard-scrabble Overlanders, we figured, chances are that things weren’t quite as romantic, although it’s amazing what mountain air can do.

The Overlander Mountain Pie was too much to resist, pecans and chocolate bending my will like my own personal golden-sugar rush. Dessert on this evening was perhaps our most perfect course simply because we were both so satisfied with our selections. Not to say I didn’t ask to try the banana bread pudding, but it was somehow successfully argued that if I was to get some, everyone else would also have to receive a sample (no one else was around, remember).

With an exquisite aperitif in our full bellies, Trevor gave us a brief but enlightening tour of the wine cellar, where I pretended to almost drop a $700 bottle of Bordeaux (not funny). Later, coaxing the last bit of light out of the sky for a stroll to a viewpoint of Roche Perdrix, we listened to the traffic passing below. Reflecting that the Yellowhead Corridor sees millions of people passing through it every year, we were glad that on this occasion, we weren’t among them. 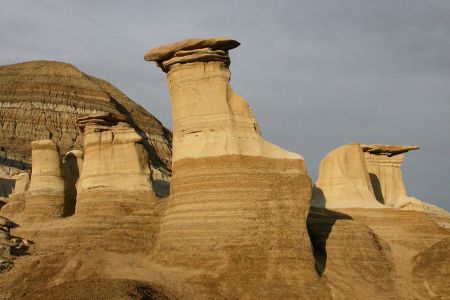 Stories from the Inns 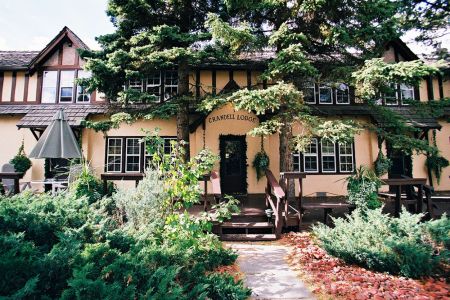 Crandell Mountain Lodge is open for the summer season