Few places in the world have as great a diversity of wildlife as Alberta. 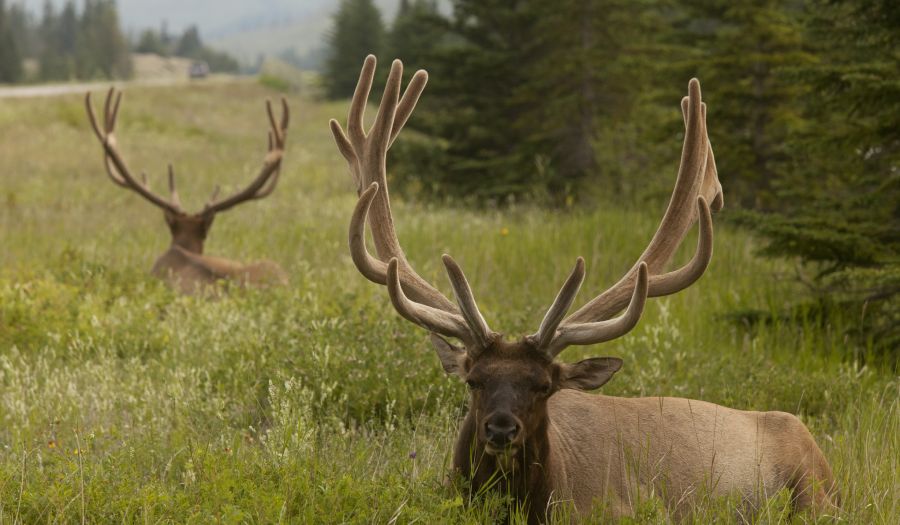 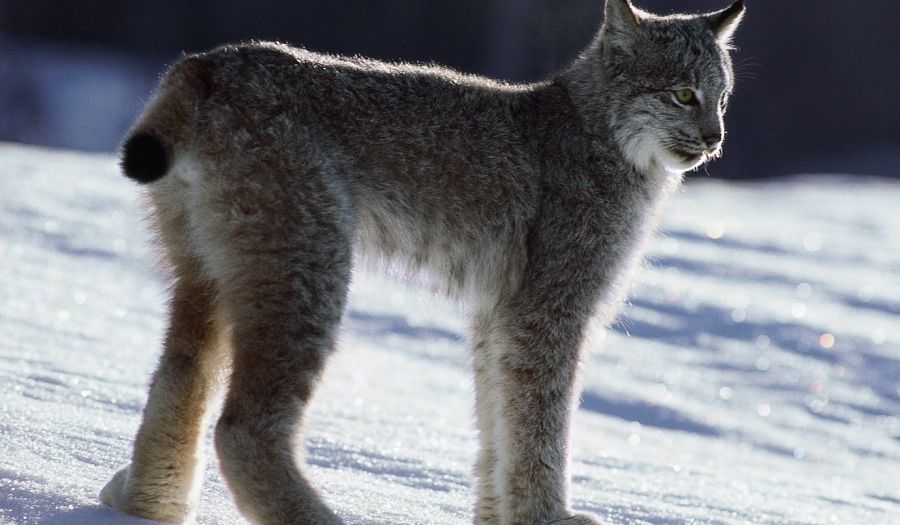 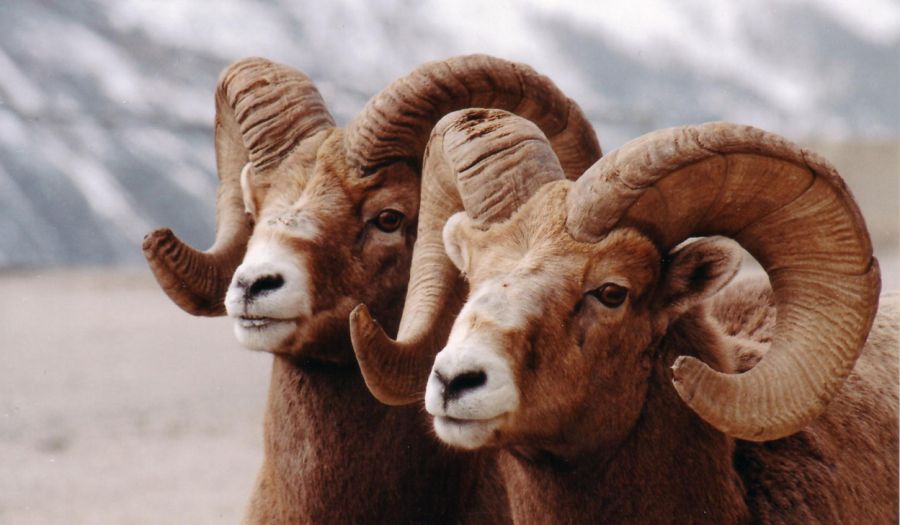 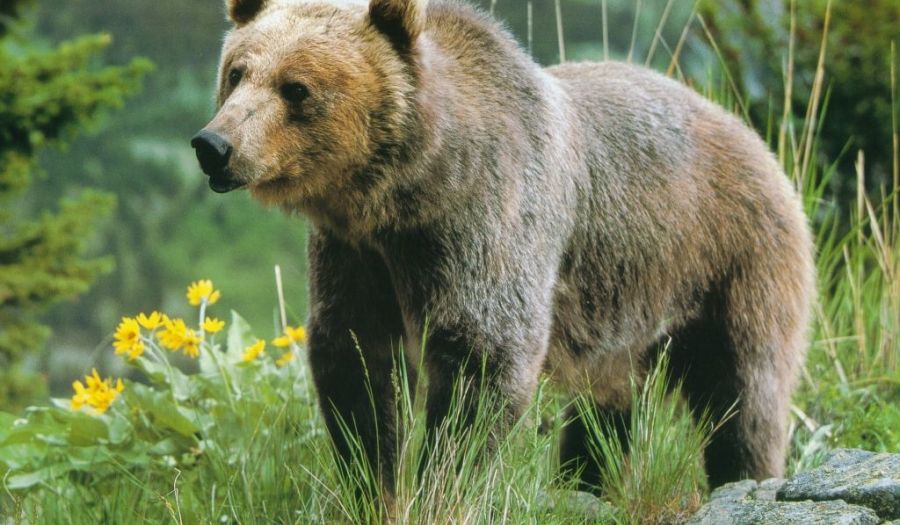 The province boasts 587 species of wildlife, including 10 species of amphibians, 93 mammals, 411 birds, eight reptiles and 65 fish.

There are eight species of ungulates or hoofed mammals in the National Parks. They can be separated into two distinct families: the deer family, which have antlers that fall off and re-grow each year, and the sheep and goat family, which carry true horns that grow throughout the life of the animal.

Visitors to the Park are required to keep a safe distance at all times, especially during the fall mating season and the spring calving season.

White Tail Deer - just as the name describes, a white tail that stands up like a flag when the deer runs

Bison - recently reintroduced just outside of Banff National Park. Limited to isolated pockets with the best place to see them being at Elk Island National Park east of Edmonton, and neear Waterton in southern Alberta.

Elk (Wapiti) - Native name Wapiti The wapiti or elk is the second largest member of the deer family after the moose. They can be seen along the full length of the Rocky Mountains, and in the Cypress Hills region in southeastern Alberta.

Moose - the large, oversized front muzzle or mouth area is a key feature of the moose along with wide pan-like antlers that sweep out to the sides.

Rocky Mountain Big Horn Sheep - The bighorn sheep is Alberta’s provincial mammal. Their name comes from the huge curled horns that the male sheep grow. Their wool is a light brown colour and they have a paler patch on their rump. They can be found throughout the Rocky Mountains, particularly on the Maligne road near Jasper, the Bow Valley Parkway towards Canmore from Calgary and the main road towards Kananaskis village.

Caribou - Known as reindeer in other parts of the world, there are two main sub-species of caribou in Alberta: woodland and mountain. A good place to see mountain caribou is in the Tonquin Valley in Jasper National Park.

Alberta is one amazing place to participate in bird watching activities. There are 411 bird species found in Alberta. In fact, Banff National Park alone is home to 260 species.

The great horned owl is the provincial bird of Alberta. It is a year-round resident and can be found in forests, open woods and river valleys outside of mountainous regions.

Endangered in Alberta, this owl lives in burrows abandoned by other creatures such as badgers, gophers or foxes. Your best chance to see them is in southern Alberta in the summer.

Snow geese pass through Alberta on both spring and fall migrations and stop in shallow wetlands, lakes and fields. One place they can sometimes be seen is in Holden, southeast of Edmonton.

An adult bald eagle, with its white head and tail, is easily identified, but a young or immature bird is often mistaken for a golden eagle. Golden eagles are identified by their chocolate plumage and golden coloured neck. Bald eagles can be found in locations where water is plentiful. They enjoy plucking fish out of the water. The golden eagle migration is an annual event occurring in late March to early April and again in October. Golden eagles are best viewed at Mount Lorette in Kananaskis Country.

Wild turkeys are not native to Cypress Hills but were introduced and now are a common sight at the Elkwater Lake Lodge and area.

Once common across the prairies, grizzly bears are now limited to the area surrounding the Rocky Mountains and forested areas in north-central and northwestern Alberta. They are bigger than the black bear with a large shoulder hump and are often light brown in colour. The best place to see a grizzly bear in Alberta is in the foothills and mountains in the Kananaskis, Canmore, Jasper, and Banff National Park areas.

The wolf is similar in appearance to a large German Shepherd, but is lankier with longer legs and larger feet. Its muzzle is larger and less pointed (less fox-like) than that of a coyote. Most wolves in Banff National Park are dark in colour, although colours do range from whitish-gray to black.

Two members of the cat family are found in Banff National Park. The largest of the two, and the largest Canadian cat, is the mountain lion or cougar. Although rarely seen, signs indicate that there is a small but healthy population of approximately 7-10 animals in the park.

With a dense silvery-brown coat, ruffed face and tufted ears, the Canada lynx resembles the other species of the mid-sized feline genus Lynx. It is slightly larger than the bobcat, with which it shares parts of its range, and over twice the size of the domestic cat.

Known as Num-ti-Jah in early people's local language, the Pine Marten is a long, slender-bodied weasel about the size of a mink with relatively large rounded ears, short limbs, and a bushy tail. Pine martens have a roughly triangular head and sharp nose. Their long, silky fur ranges in color from pale yellowish buff to tawny brown to almost black. Their head is usually lighter than the rest of their body, while the tail and legs are darker.

There are so many species of animals and birds in Alberta, including fish and amphibians.

We recommend you speak with local people, consult the area's Visitor Information Centre, or seek out the answers online at Parks Canada Give the Gift of a Getaway 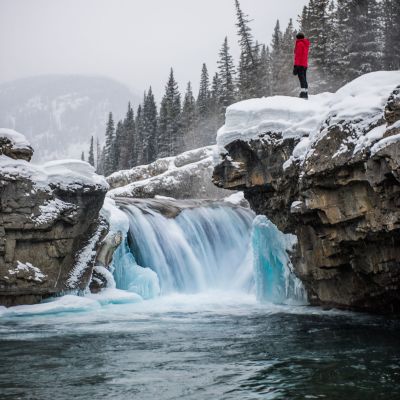 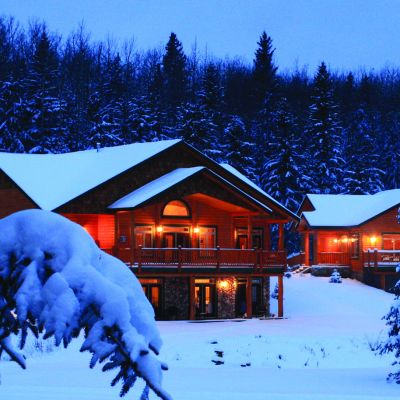 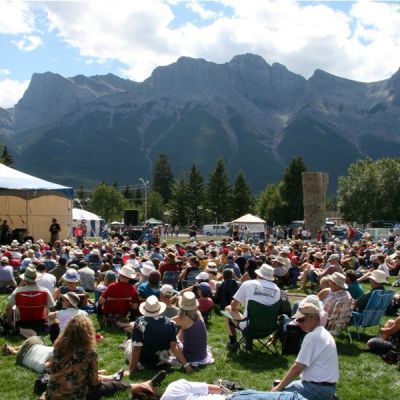 Join our E-Club for News & Specials